The U.S., the U.K., Japan and Belarus have officially accepted Vietnam's vaccine passports


In early November 2021, the U.S., the U.K., Japan and Belarus - 4 countries officially announced they accept Vietnam's vaccine passports with specific standards on vaccine types. Specific information is summarized and updated by Nhi Gia as below:

>> See detailed information on the list of 72 countries/territories that have officially introduced the vaccination certificate/vaccine passport form to the Ministry of Foreign Affairs here.

Thus, the Government of Vietnam has agreed to the proposal of the Ministry of Foreign Affairs on recognizing the vaccine passports. Will international countries recognize Vietnam's vaccine passport? And which countries are currently accepting the Covid-19 Vaccination Certificate from Vietnam?

Regarding this issue, as informed by the representative of the Ministry of Foreign Affairs, in early November 2021, the U.S., the U.K., Japan and Belarus have officially recognized Vietnam's vaccine passports with specific standards. In addition, Vietnam and Canada are also seeking a manner to quickly recognize each other's vaccine passports.

Regarding the recognition of Vietnam's vaccine passport by other countries:

Following the direction of the Government, Vietnam is actively researching to issue the "vaccine passport" form according to international standards. Specific information and instructions will be announced later by the Vietnamese authorities.

Vietnam accepts all vaccines that have been licensed for emergency use by the World Health Organization (WHO), the US Centers for Disease Control and Prevention (CDC), the European Medicines Agency and the Vietnamese Ministry of Health.

Currently, citizens of 72 countries/territories have been recognized with vaccination certificates that can be used directly in Vietnam. And the quarantine period will be reduced to 7 days according to the guidance of the Ministry of Health for those who have get two doses of vaccine or recovered from Covid-19.

Criteria for recognition of foreign countries’ vaccine passports in Vietnam

Accordingly, the standard requirements in terms of form are as follows:

This is considered as a temporary solution to ensure the safety and prevent the Covid-19 epidemic for international tourists as well as Vietnamese people in the context of the global pandemic showing no signs of cooling down and the policy of reopening international tourism being piloted.

In addition, for individuals from countries and territories that have not officially introduced the vaccination certificate form to Vietnam, they can contact the Vietnamese representative agency in the host country for consular legalization, authentication or support document content. Or contact 84 1900 6654 - 84 0906 736 788 for support and have your questions answered.

Source: Summarized from the Internet 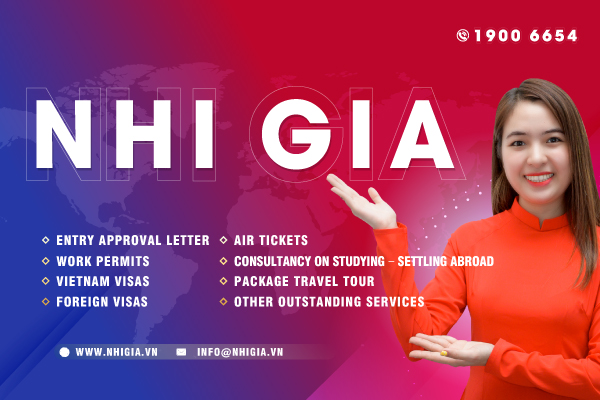 Get the latest news

We always update the information for you, click on Get notified to always receive notifications when new posts!